Turn On, Tune In, Freak Out! 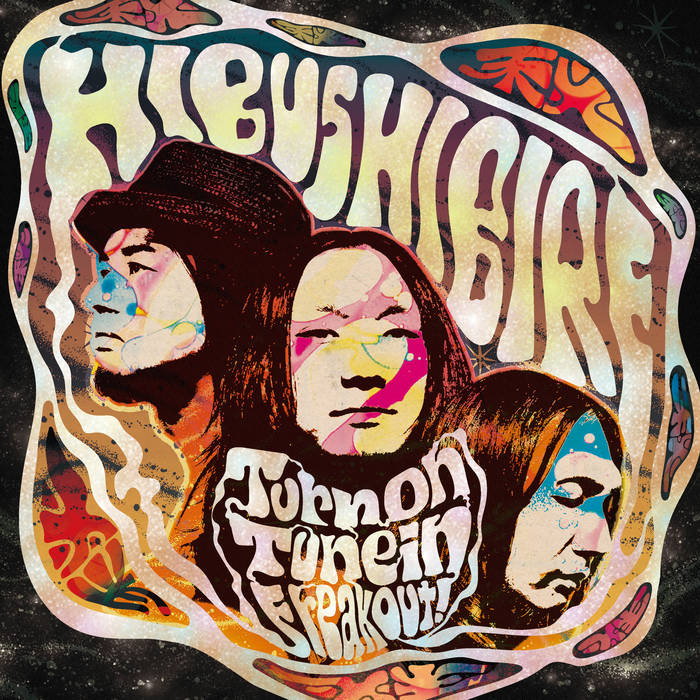 eldudowski all their cards in one hand. beauty volume groove and power. crazy tight power trio action in excelsis! Favorite track: Rollercoaster Of The Universe.

Jerri_Noiseburger<=_=> I havent been this excited since the last Buddha Stalin record. Like a snackcake! Anticipation overdose.....gaahhhhh!111

It would be fair to say Hibushibire’s 2017 debut album ‘Freak Out Orgasm!’ went down well with fans of psych-rock (call it what you will). So far it’s had three vinyl pressings, two cassette pressings and a CD run back in Japan. It garnered quite a few influential underground (if not mainstream) reviews and seemed to sell through on word of mouth alone - which in these times seems to be the way things are going: thriving social media groups sharing their love of recent purchases and fellow vinyl lovers going out and scooping them up without the need to buy a magazine or read an online review to make their mind up. My favourite review of ‘Freak Out Orgasm!’ came from UK based music blog Dayz Of Purple And Orange as I think he nailed it perfectly...

“Fuck me! I think I've died and gone to psychedelic heaven! If anyone had asked me what I would really want from a freak out, heavy-as-fuck psych band I would have to say I would want the sheer guitar pyrotechnics of Acid Mothers Temple, the hard-as-nails scuzziness of The Heads, the lead heaviness of a fucked-up Blue Cheer and the instrumental dexterity of Hendrix on speed. Guess what, that band exists and they are called HIBUSHIBIRE!"

That, to me, said it all. Nail hit hard.

Once again the album is produced by Makoto Kawabata (Acid Mothers Temple, Mainliner) and for me it's the next logical step in the bands sonic development. As with its predecessor, side one consists of three tracks, "Ecstasy Highwaystar / Blow! Blow! Blow! / Overdose, Pussycat! More! More!", (they do like an exclamation mark). Some of these titles will be familiar if you've followed the band's live shows in recent times, and it's pretty much a guitar to the front, full gonzo-style hard-rocking psychedelic freak out from the first blast of Changchang's guitar panning from left to right before the main riff kicks it all off.

Again, as with their debut, side two comprises of just one epic length track. 'Rollercoaster Of The Universe' clocks in at seventeen minutes and is, in my humble opinion, the sound of the band moving onto the next level during its journey. It's a shudderingly beautiful piece, with many hypnotic twists and turns. I can't wait to hear how they play this live.

The band did initially attempt to produce this album by themselves, but got 'brain fever' in the studio and called their old friend Makoto to come down and help them finish it off. As he had no preparation in advance, he knew nothing about how the recording was going in the studio, and moreover there was little time left for adjustments to be made. But his technique of mixing was, as always, both mighty and almost destructive.

He said to Changchang during the mixing process, ”Listen carefully! I am teaching how to work magic”. And he has.

Following the success of Hibushibire's first UK tour in 2017, the band return in May 2019 to blow some minds once again including being invited to play two of the UK's best underground festivals in Raw Power and Focus Wales. They hope to tour elsewhere soon after.